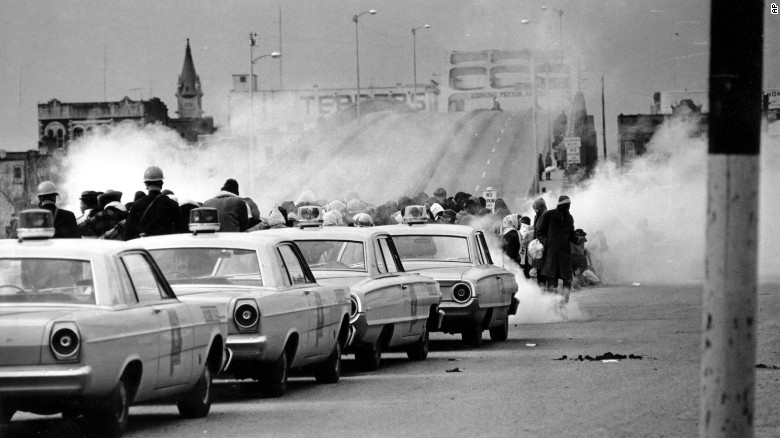 The United States: A Democracy?

The United States prides itself on its democratic government which gives Americans the power to have their voices heard through elected officials. It gives citizens a way to choose which policies they wish to be enacted to improve their lives as individuals, as communities, and as a nation. However, not all American citizens have always had the right to vote – slowly, throughout our nation’s history, various groups have been granted this sacred right. African American men were legally granted the right to vote in 1870 by the 15th Amendment, which ruled that the government cannot deny a citizen the right to vote based off of “race, color, or previous condition of servitude” (“15th Amendment to the Constitution”). However, Jim Crow laws in the South ensured that African Americans had very little power to register to vote, or vote at all.

The reason for that? Because voting means real power to effect change. These states felt the threat of the black vote disassembling all of the power structures put in place to oppress them.

By oppressing the black vote, racist state governments were able to maintain the status quo and therefore maintain their political, economic, and social power. Black power, in this case, is deeply rooted in the sheer will and drive to obtain the right to vote in order to have African American interests represented and accounted for.

To combat this, several organizations dedicated their time and energy towards fighting for the African American right to vote. What’s notable is that many of these organizations, such as the Southern Christian Leadership Conference, the Student Nonviolent Coordinating Committee, and others utilized non-violent methods, such as peaceful street protest. These organizations led peaceful protests, marches and voter registration drives throughout the South, where many African Americans were barred from registering to vote by racist laws. In Alabama, their efforts pushed for the rightful enfranchisement of African American citizens by marching from Selma, Alabama, to the state capital, Montgomery to protest directly to Governor George Wallace. All of these marches were met with opposition from the state government, and oftentimes involved violence against the peaceful protesters. One of the marches in March 1965 included a young man named Jimmie Lee Jackson, who was fatally shot in the stomach as he tried to defend his grandfather and mother from the brutality of a state trooper (Greenhaw, 23). Martin Luther King Jr. spoke at his funeral and he and James Bevel, a minister, suggested that they march to Montgomery in Jackson’s memory and finish off the battle for their rights as well as to support the passage of the pending Voting Rights Act (Greenhaw, 24).

On Sunday, March 7, 1965, about 600 protesters, led by John Lewis of the SNCC and Hosea Williams of the SCLC, marched in memory of Jimmie Lee Jackson and to support the Voting Rights Act (“John Lewis – March from Selma to Montgomery”). The march began in Selma and the protesters eventually reached the Edmund Pettus Bridge where they were met with violence from 150 Alabama state troopers (“John Lewis – March from Selma to Montgomery”). Then-Alabama Governor George Wallace, a staunch supporter of segregation, allowed and encouraged his police forces to use vicious tactics against the peaceful protesters, including using fire hoses along with “clubs, bullwhips, and tear gas” (Walters, 14) (“John Lewis – March from Selma to Montgomery”). All of this brutality  was recorded and broadcasted on national television, exposing George Wallace’s turbulent Alabama (Walters, 15). Americans across the nation saw this gruesome event and voiced their discontent, pressuring President Lyndon B. Johnson for action. This pushed him to urge Congress to expedite the passage of the Voting Rights Act of 1965, which effectively banned many obstacles African Americans faced in voting practices (Greenhaw, 26).

The Edmund Pettus Bridge and Bloody Sunday is a unique site of memory for a couple of reasons: first, the bridge itself is named after Edmund Pettus, a Confederate general and the Grand Dragon of the Alabama chapter of the Ku Klux Klan (Peeples). Memorializing the bridge in his name meant that the state of Alabama materialized his memory and supported Pettus and his legacy, which included extreme and racist views. However, the Selma to Montgomery marches, and especially Bloody Sunday, changed the significance of the bridge in its processual memory. The emergent practices of African Americans marching on the bridge that once represented hate and oppression towards them challenged its dominant memory and replaced it with the memory of the struggle and resilience of many to get their rights. Also, the Bloody Sunday march essentially made Jimmie Lee Jackson’s memory usable as a martyr and a head symbol for it. One of the main purposes of the march was to honor his life and to not let him die in vain, and the fact that the protesters continued his individual cause (as well as their own universal cause) achieved that goal.

In modern day, Bloody Sunday on the Edmund Pettus Bridge is an instrumental memory used for various present political purposes, such as the Black Lives Matter movement, by showing a continuing cycle of the fortitude of peaceful protesters and their faith in their cause and the oppression from corrupt government officials and law enforcement officers. It can also be used today as a testament to how important voting rights are, especially in light of present-day voting rights issues such as the striking down of Section 4 of the VRA. Present marches on the bridge rectifies the memory of Bloody Sunday by acknowledging its past shame but also recognizing the positive changes caused by that shame. For example, on the 50th anniversary of the event, President Obama, the first black president, led the march on the bridge. This is extremely significant because it represents progress – that the effort, pain, and push for the sacred right to vote and equal rights as American citizens – truly manifested itself.

Black power, as defined by Stokely Carmichael, is a “call for black people in this country to unite, to recognize their own heritage, to build a sense of community” and “to define their own goals, to lead their own organizations” (Carmichael and Hamilton). Black power in Bloody Sunday unified black people to push for and further black power in the right to vote.

“The Obamas March in Selma”. YouTube, uploaded by The Daily Conversation, 8 March 2015, www.youtube.com/watch?v=N3E7atni5dg.